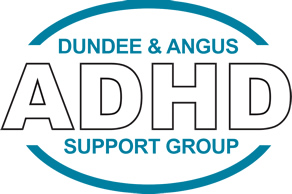 Alison is the founder of our group.  After her son was given a diagnosis of a ADHD she realised that there was no support service available for parents or carers.  She volunteered her time to begin a parent support group and then through discussions with the parents realised that there was a lack of services for the children and young people and that is how our youth groups began.  She has worked tirelessly to get the group to where it is today.

Having worked and studied for 8 years within the Business sector Lynne decided that this line of work was not for her. Instead, her love of volunteering with the Barnardos Family Support Team in Dundee shaped her path and encouraged her to embark in a degree in Community Learning and Development. . In 2008 Lynne joined the team at Angus Carers Centre as a Development Worker, passionately developing services for unpaid Carers who were experiencing a challenging time within their caring role. More recently, Lynne’s role focussed solely on developing services for parent carers.

Throughout her working life, Lynne has worked alongside and supported adults/children and families who experience the condition ADHD and this has fuelled her desire to make sure these families feel empowered, informed, listened to and supported to cope well with the challenges their situation may bring. Away from her working life, Lynne has a caring role herself, and enjoys letting off steam at the gym and walking with her dog.

Gemma first came to us as a Youth Worker in our new Angus Youth Group. She has now also taken the role as our Family Support Worker alongside Lynne. Gemma has a degree in Psychology and a Masters in Psychology of Mental Health, with lots of experience in a support worker role and great knowledge of ADHD that will benefit our families. Gemma loves Arts and Crafts using a variety of different materials.

Jessie has a background in working in charities and with the social enterprise network both in Dundee and Scotland.  She has been with us for the last 4 years as our development officer.  When not writing funding applications Jessie can be found on the beach with her beloved dog Tilly.

Davie has been working in Sports for 13years, he began as volunteer with Project Scotland and from there he went onto to do various training courses through the SFA and Leisure and Culture, where he can still be found running classes throughout the week.  Davie began working with us back in 2013 in the first youth groups that we ran and now leads two of them every week.

Angie is the youth group leader in our Friday night youth group.  She has been with the group from the very beginning and has been a great support to Alison when it comes to our fundraisers, bag packing, bingo calling she will turn her hand to anything to support the group.

Aleisha has worked and volunteered in a number of positions throughout the years with the Support Group.  She now runs the art and craft classes and provides a calm environment for the children of our youth groups.

Shannon joined our team to support children and young people to learn all things Tech and everyone is eager to learn her animation skills.

Jade is based at our Angus youth group at The Hub in Friockheim. She's studying to become a teacher and is helping us build the youth groups in Angus. The children absolutely love her.

Louise previously worked for a large multi national retailer working in the executive team at their head office. She joined the team in 2019 as our Information and Administrative Officer, and is now working as our Funding Officer and looking after our social media and website.

Ray is an experienced Social Worker within the Children Services Team. He has been qualified since 1999 and has mainly worked with adolescents. Ray was also a working member of Dundee City Councils Fostering and Adoption panel for around three years.

He became interested in ADHD and associated conditions through his work as more and more young people were referred to his service who had a diagnoses of ADHD.

Sam joined our team with a background in community learning and development. Her main area of interest is about lifelong learning and she feels that young people can benefit from learning in a way that is fun and educational in an environment out with school.

Ross was diagnosed back in 2019 with ADHD and bipolar disorder, He joined the Youth Group in Angus as a volunteer to help provide support and gain some more insight and knowledge about ADHD for himself. He has years of experience in support worker, but this was his first experience with supporting children, since then he has taken up a contracted position and has decided this was the career for him.

Harriet first worked alongside the Dundee and Angus ADHD Support Group in her previous Family Support Worker role. Throughout her time as a Family Support Worker, she has developed a Social Pedagogy approach, working alongside children, young people, and families, recognising their individuality. “It was great to see children and families find support that felt right for them and in turn watch them grow in confidence.” When the chance to join the ADHD Support Group came along, she jumped at it.

She has been developing our Impact Course and ensure there are lots of fun and active activities, to keep our minds interested. She is always intrigued by the new fidget toys that are out as well as enjoying getting creative.

Sarah was inspired to work with the Group through being introduced to it by Ray Strachan in her role as a Support Worker with Dundee City Council’s Out of Hours Service.  Sarah’s passion to become involved in the Group’s work supporting children, young people, parents and carers affected by ADHD grew from 22 years of experience working, living and caring for children and young people who are unable to reside within their own family homes due to presenting with risk-taking and/or challenging behaviours.

When not at work, Sarah can usually be found playing with one of her three horses; old gal Calley, gigantic Girocco and baby Baloo!

Jay brings a variety of skills to the youth group including a passion of his, football.  Jays favourite food is cheese burgers.

Kelsey is currently studying nursing and social services at college. She enjoys spending days out with her children and dislikes wasps.

Georgia is local Councillor for Ward 5 Maryfield with experience in youth work and Project Management. In her Councillor role she supports schemes which will improve the lives of her local community.

Shona is a Chartered Accountant that works in a local practice providing tax services to businesses that cover a wide range of industries.

She was introduced to the charity through a friend, and because she knows several families who have children with ADHD and Autism and was aware of the various challenges in day to day life they face. Shona decided that she wanted to help a group that provided support to these parents and children.

Ian has strong connections with the Angus community through his role in schools and youth work. He is an advocate for supporting children’s mental wellbeing.

Philippa is our newest Trustee and is also an experienced Social Worker within the Children Services Team.